Her toys have all been discarded, blankets and dishes washed and put away and I am left with an overwhelming sense of emptiness and sadness. I know it will go away with time, but for now, the feeling of grief and loss like standing in quicksand and every breath and heartbeat sucks me further down into its darkness.

There are those who will likely say she was only a dog and while you would be right technically, Lexy was far from “just” anything. 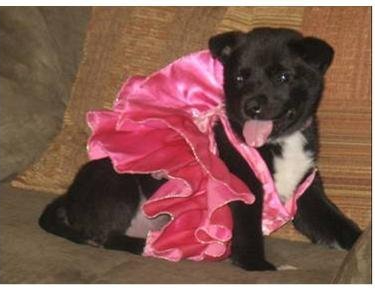 Found under a pallet that served as a porch in the woods in central South Carolina at just a month old, she was scrappy and determined, ready to take on the world – and take it on, she did.

She was playful and loving with a heart to serve those who she felt were in need. If we were at the dog park and she heard a baby cry (human or other), she would rush to their side and nuzzle and lick them for comfort. One time, I remember walking past a young man in a wheelchair who appeared to suffer from some pretty significant autistic issues. Lexy walked up to him, sat next to him, and leaned just close enough that he could pet her. He placed his hand on her head and she just sat, waiting, giving him time and love in the way that he was able to accept it. It brought tears to both my eyes and his mothers.

On weekends when she would stay with my parents for one reason or another, Lexy would come home completely exhausted after having forced herself to stay awake all day to watch over my dad and stepmother to make sure they were safe, and then keep guard over the house and each of them as they slept. 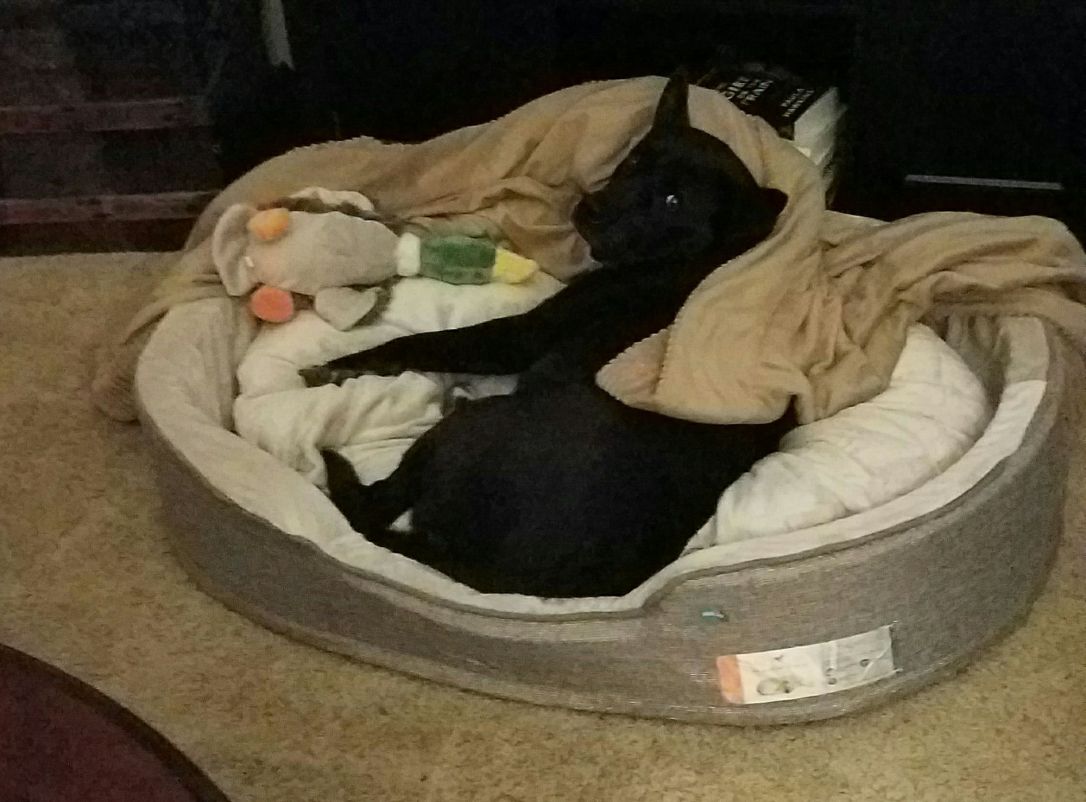 Aside from her color, the only scary thing about her was her bark which could honestly wake the dead. But once someone came into view, she would run and get a toy for each visitor. I could always tell who her favorites were based on the toy she brought. Some received whatever was closest, while others would get the “prize” of her favorite bone or newest treasure.

Coughing was always something that bothered her and if I were ever sick and started coughing in the middle of the night, Lexy would come up beside me (yes, she slept on the bed – don’t judge!), literally pat me on the shoulder with her paw, and then lay as close to me as absolutely possible to keep me “safe”.

There are so many stories that made Lexy unique and wonderful – some I may not even know about – but I can honestly say that she was a gift to me.

I wish I could say that on her last day, I took her to all her favorite places – her dog park, her boyfriend’s house, to the trail – to see them one last time or that she got her favorite foods and pets from all of her favorite people, but sadly this was not the case. Her illness came quickly and unexpectedly and I was left with that most horrible of decisions. I now find myself apologizing to her for not seeing what was happening so I could have stopped it; apologizing for not being with her that final weekend; apologizing for being human.

My Lexy-girl was the best thing in my life. She came at a time that I desperately needed someone to care for and to care for me. She took her job seriously and I fear she may have done it better than I. As my friend would often say, she carried the burdens of the world on her shoulders and it was because of this, her life here was cut shorter than we expected.  I don’t know if this is why she passed to unexpectedly, but I do know there are not enough words in the English language to express how incredibly thankful and blessed I am to have had her in my life. She was my best friend, my sole companion for nearly 10 years and I will forever miss her.