I guess I should have seen it coming.

Actually, I guess I did but it still was a bit of a shock.

I was written out of the will.

Yep, It was official. I was being cut out of someone’s life in one of the most official ways possible.

What had I done to warrant such an action?

In plain and simple terms, I had stood up for myself. I decided I could no longer pretend everything was ok and that I could continue to have or work toward the relationship this person, my stepfather, desired.

I know that makes me sound particularly cold particularly since my mother died a few years ago and he is now alone. It was that very thing that encouraged me to maintain a relationship with him for the past 4 years.

It was easier before when having a relationship at a distance. The occasional call to Illinois to offer support and an ear wasn’t a huge sacrifice and I could feel like despite our history, that I was honoring my mother in some way by making sure he was being taken care of.. Sure, the calls had their challenges as well – the demands became bigger over time, the push for visits more frequent – but the distance kept things manageable. In October that all changed.

Now this man returned to my (and his) home state after a 30 year absence, my buffer zone evaporated and so did my ability to offer support at a distance.

At a distance, I didn’t have to see this man who had abused me, belittled me, and nearly killed me face to face. I could see him as a sad, lonely and struggling elderly person who just wanted to be a part of my life. But having him just a few miles away brought back memories and feelings I thought I had long since cut away from my heart and mind.

I found myself fearing to be in the same room with him for any length of time; becoming anxious every time the phone rang in fear that it may be him and then it was, being gripped with fear because of what he may say or want from me.

And I hated these feelings.

I hated the sense of weakness and powerlessness I felt and was angered by how these feelings not only made me feel like less of a person, but less of a Christian.

How could I as a Christian turn my back on someone in need – someone who was otherwise almost completely alone in this world because of the choices he had made when he was an active alcoholic? How could I purposefully choose to walk away from someone who was trying to show people he was no longer the person they remembered?

Over the past several weeks, I came to realize that even though he was not actively drinking, the person he had been in my memory was still very much a part of who he still is. While he offered an apology, he never actually took responsibility for actions he either remembered or were told to him. And much as I desired to be that amazing person that could be there for my “enemy” on a daily basis,  I understood I had to take a stand and choose my emotional and spiritual health over that of my stepfathers. 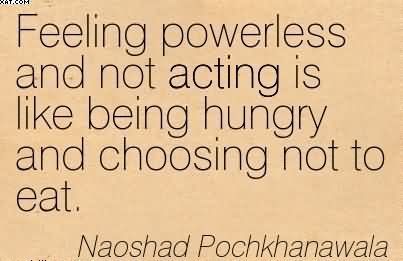 But to say this was a difficult choice is akin to saying that climbing a 14-er here in Colorado is an afternoon stroll.

I wanted to believe that having forgiven my stepfather and mother for the things they had done to me in the past created a new starting place in my heart where I could see them as new beings, free from the pain of my past. For months, I heard the echoes of sermons from my past telling me that Jesus forgives more than we ever could and I am to be like Jesus. Sermons which reminded me that we are called to turn the other cheek when wronged and to go further than even our enemies require of us. If I am going to be a true Christian, am I not called to welcome this person back into my life and allow Jesus to tend to the hurt that comes as a result?

Jesus doesn’t call us to martyr ourselves in His name any more than He calls us to go lay down on the nearest train tracks to test whether or not He’ll stop the speeding train from running us over. Neither of these things are acts of a loving God.

What Jesus and God do call us to do is to love others. Not just love the people we want to love or that are easy to love, but to love. Period. That in and of itself is the sacrifice God calls each of us to make and it is enough. It’s our humanity that makes us feel the need to do something other than love. We are action oriented. We feel like we have to make grand gestures to prove we have forgiven and moved on but God knows our hearts. If we forgive and choose to love, we are doing God’s will every single time.

I will admit that this piece is unbelievably hard. I want God to allow me to seek revenge for the ways in which I was wronged. I want to others to be able to punish those who wronged them and to feel awesome after we’ve achieved our revenge. But the thing is, as humans, we want to more. We aren’t capable of extending only the perfect amount of retribution for a wrongdoing because our emotions get in the way. We escalate and then the next guy escalates and soon we’re cutting off legs for trespassing. That’s exactly why in Exodus God tells the people we may only seek an eye for an eye. God knows that we are incapable of providing exact judgment that when Jesus came, He removed us from the equation entirely.

God knows exactly how much each of us have been wronged and how much we have wronged others. He alone knows the path we each must walk to rectify our wrongdoings. He will never and has never stopped loving us when we were wronged nor when we were wronging others and He calls us to love in that same selfless way.

And believe it or not, it was this selfless love that allowed me to make the cho

ice that I did in regards to my stepfather.

What I have come to understand is that proximity does not equal love. I have the right to protect myself emotionally, physically and spiritually. God wants us all to be safe and to make wise decisions in regards to our life. Doing so doesn’t make me less of a person or less of a Christian. To be the Christian woman God calls me to be means loving despite the pain but when necessary loving at a distance; to offer forgiveness, let go of the anger that tethers us to our pain, choose love as the proper replacement of that anger and then walk away…in love.

2 thoughts on “Loving at a Distance”