Have you ever been given the silent treatment? It’s infuriating, isn’t it? Somehow the fact that this one person that you desperately want to communicate with is choosing not to say a word becomes the most powerful thing on the planet. I, for one, will yell, beg, do just about anything to get the silence to stop.

As I look around at our flags which have been flying at half-staff now for weeks on end,I can’t help but wonder if this silent treatment wouldn’t be the most effective thing we could do to staunch the bloodletting.

What if we gave the voice of the media outlets to those who are doing good things for our nation rather than offensive or destructive things? What would happen to our sense of community if we painted our news feeds with pictures of neighbors helping neighbors instead of turning against one another; of religious organizations banding together for the benefit of those in need instead of focusing on the pieces that cause divisiveness; of children playing together without concern of race, creed or color?

As a person of faith, I am called to be “give the silent treatment” rather than speak words that are offensive or divisive. While this is incredibly hard to do in this era of instant messaging, Facebook and Twitter, we need to get back to the old adage of “if you can’t say anything nice, don’t say anything at all,” instead of our current mindset.

Not every idea that comes to our mind is worthy to be verbalized. Rather than being 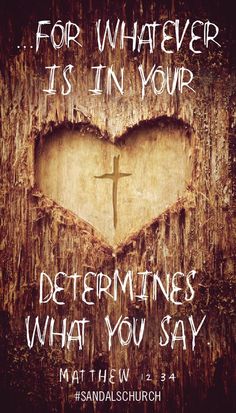 mindless puppets responding to images and videos taken out of context to incite, we could – and should – stop for a moment and think. We need to remember that words hurt. I, for one, continue to hear the words spoken to me and about me that were cruel and hurtful and I have to consciously stop and remind myself that those words do not define me.

What does define me (more so some days than others) is my faith and the way I represent my faith on a daily basis. Given the immediacy and permanence of our digital culture today, I can’t think of a stronger way to reflect my faith than to monitor the words that both come out of my mouth and that are placed on this global network for all to see.

The Bible has over 50 verses that relate to the power of words and our need to monitor our tongue. After all, it was the serpent’s words which convinced Eve to take that fateful bite of fruit and Eve’s words to Adam which convinced him to join in the fun. 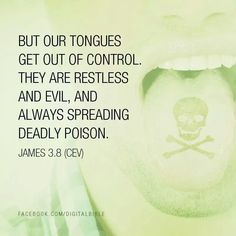 The Bible reminds its readers over and over that the words of our enemies may taste sweet in our mouths but will poison and destroy us. If you think this isn’t true, just think back to Hitler and the rise of the 3rd Reich.

In a time when the German people were struggling, Hitler began speaking words of hatred about those who were successful feeding into fears and bigotries that the people were struggling against. His words tasted sweet. They provided a direction for anger, resentment and hatred; they added unnecessary fuel to the fire of dissension that had been created at the end of World War I and as a result, the steamroller that was Hitler’s 3rd Reich became unstoppable.

This same thing is well on the way to occurring here in our country. Fuel is being added by political organizations, civil organizations and the average John and Jane on the street who feel they have been ignored for too long. Their individual pain and suffering is being fed by the vile onslaught that is social and mainstream media and soon we, too, will have an unstoppable machine which I fear will not only destroy our nation, but the world as we know it. 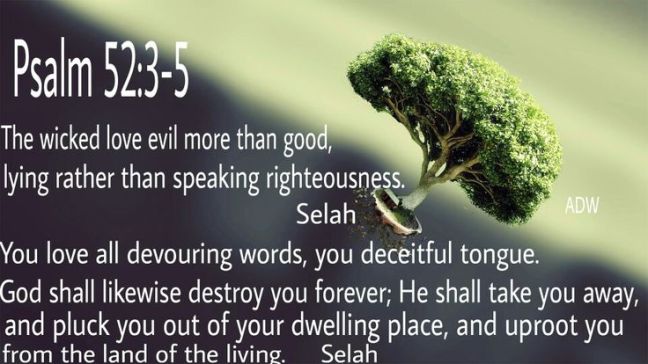 But here’s the thing.

By giving the silent treatment to the campaigns of violence and hatred that surround us, we can starve the fire of its fuel. By holding our own tongues – keeping ourselves from being reactionary and repeating information we have not researched nor fully understand, we can start throwing tiny buckets of water on the fires to keep them from merging together to become greater than they already are.

In doing this, we are giving hatred and prejudice the silent treatment.

Want to take it one step further?

If we, as members of faith, return to filling our hearts and minds with ALL of God’s word, not just those individual verses or portions of verses we believe give credence to our feelings of superiority, we can extinguish the fires that have been overtaking our nation.

I know. It sounds trite and silly, but the reality is that the way we perceive ourselves and the world around us is fed by the words we hear and repeat.

ink about all of those self-help guru’s out there. What is typically the number one thing they will tell the average person who is seeking to improve their own life? Change the monologue that plays out in your head on a daily basis.

So here is my challenge to you (and me) for the next week.

Replace the words of anger and frustration with words of love and affirmation. Start with the internal monologue that we all struggle with. Instead of calling yourself an idiot for forgetting to turn off the coffee pot before you left for work (a phrase I use on myself more often than I care to admit), encourage yourself for the innumerable things you remember on a daily basis. Instead of getting immersed in the office politics about who did what to whom, divert the discussion to something positive – the beautiful weather, the funny video you saw of that adorable puppy or the undeniable joy of a baby’s laughter. Instead of getting into political and social arguments with people on Facebook and Twitter, hide the negative posts from your feed or disconnect altogether for a time.

I’m not even going to pretend that this will be easy. It wo

n’t. Saying only positive things tends to make people uncomfortable and abruptly end what appear to be stimulating conversations, but in the end, this is what we as individuals and as a society need.

If we can make giving those negative thoughts and feelings the silent treatment  our priority, the positive will start to take over and suddenly what seemed impossible is now possible.

4 thoughts on “The Silent Treatment”