I love musical theater. It has been a part of my life since high school and I more often than not have the Broadway channel playing on my Sirius radio when I’m in my car. One of the things that I love about musical theater is the way it can address issues that the rest of society chooses to ignore.

For example, one of my favorite shows is Avenue Q – Sesame Street as told through they words of South Park.

Yes, it’s a little twisted, but that’s probably why I love it.

Anyway, one of the songs from that show is “Everyone’s  a Little Bit Racist”. I know that sounds awful, but I truly believe every one of us has some small fear or uncertainty about people from another race or culture.

For example, while I have been lucky enough to travel many places and live in several different locations, I honestly found myself a little fearful of the ways of the “old South” when I moved there in 2000.

To most of you that probably sounds ridiculous and judgemental, but let me tell you, it was a completely different world than where I had come from.

Born and raised in Colorado, I lived most of my life in the suburbs. I had never been confronted with racism or cultural differences the way I was when my ex-husband and I moved to a small, rural town in South Carolina. 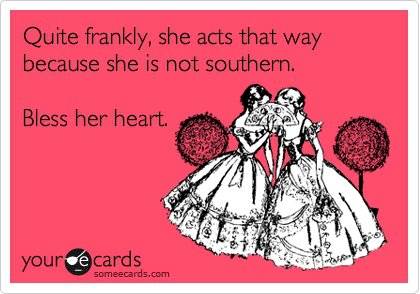 Suddenly, I was in a place where racism was a way of life; where walking into the “wrong” restaurant or barber shop meant all talking ended and all eyes turned to stare until I realized the error of my ways and retreated.  I felt out-of-place and isolated and a part of me began to feed into the fearfulness and racist thoughts parroted around me. Despite the valiant efforts of neighbors and church members to help, I withdrew out of feelings of fear and isolation.

While not truly “xenophobia” by definition, I certainly gained some understanding into this issue that I wouldn’t have understood otherwise.

Xenophobia is defined as an “intense or irrational dislike or fear of people from other countries” and is this phobia that was at the core of the Japanese prison camps during World War II. I would have thought that with all of the information we have literally at our fingertips about people and cultures, something like xenophobia would have gone the way of the dinosaur, but I think it’s safe to say this is a common and growing phobia in our country today that has been exacerbated by our current political atmosphere. Xenophobes of every shape can find fuel for their fires with just a few clicks of the keyboard and the fears grow larger and larger.

Nowadays, xenophobia doesn’t even seem to be limited to people from one country or another. We are suddenly fearful of everyone. We need to build a wall between the US and Mexico, keep all Muslims out, and turn away refugees fleeing from war-torn areas like Syria and Iraq.

While there are viable arguments for and against refugees and the influx of illegal aliens from Mexico and other countries, it seems the bottom line here really is fear.

We are fearful of people and customs we don’t understand and our response to this fear is to lash out with violence and anger and what’s really sad is that this is an issue that has been persistent among God’s people since the beginning.

Time and time again God has had to tell His people to treat foreigners with love and to not do them wrongly when they visit, yet time and time again, both then and now, we fail. We draw tighter and tighter circles around us to keep those who differ from us as far away as possible.

And what does this accomplish?

We get even more fearful and more angry.

If we’re not careful, soon we’ll all be living in those old shelters from the ’50’s that were designed for the bombs everyone was certain were coming but instead of keeping us safe from nuclear war, they’ll keep us isolated from anyone who isn’t directly related to us because “those people” are to be feared. 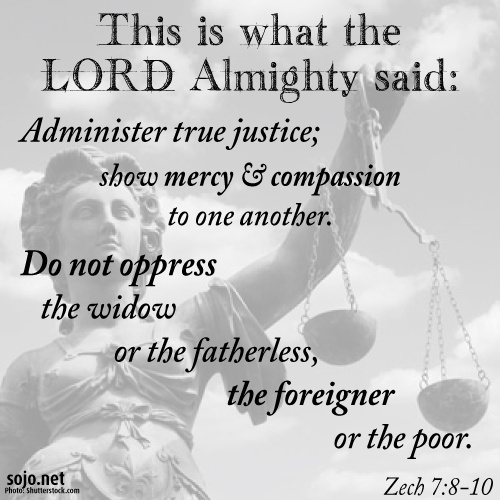 Now I realize that there are people in this world that should be feared. There are true enemies out there that we need to be aware of and on guard against, but merely being of another culture or country does not make someone a part of that group. If it did, that would mean that any time we travel to another country, we would be the ones to be feared because we would be the “others”.

Here’s the bottom line. We are all “others”. We all are different from one another and all of us are aliens to our true home, heaven. But God, in His infinite grace and mercy does not care where we come from, just that we come to Him. If God is willing to accept us and He knows each and every one of our faults, isn’t it within us to accept the failings of those around us which are far more minor in comparison?

No. I agree. It’s not that easy. There is fear and there is trepidation, but that shouldn’t keep us from doing it anyway.