I have been watching the news and reading posts on Facebook and other online sites talking about the law that was recently passed in North Carolina known as Public Facilities Privacy and Security Act, or more commonly, “the bathroom law”. For those that avoid the news feeds, the long and short of the law is that it keeps transgender or gay individuals from using gender specific public restrooms for the gender with which they identify rather than what is perhaps on their birth certificate. More importantly, this law overturns anti-discrimination laws which previously protected the LGBT community.

To be perfectly honest, as I have been following this issue, all I can do is shake my head.

On the one hand, the “Christian right” feels this law protects their children from predators. On the “liberal left”, the law is discriminatory for those that fall into the LGBT categories.

While I typically fall on the more conservative side of arguments like this, I cannot agree 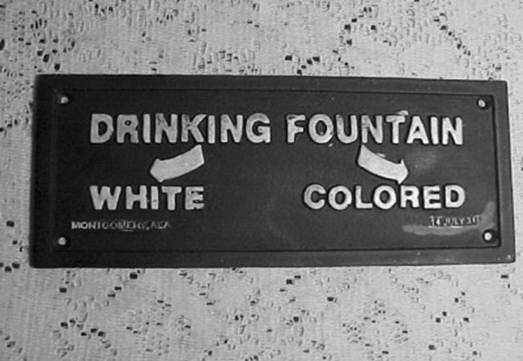 There are two things that really stand out to me here.

Secondly, we are saying that the LGBT community does not have the right to be protected from discrimination. In other words, while a homosexual couple may have a 30 year committed, monogamous relationship, pay their taxes, give generously to the community and be outstanding members of society as a whole, due to their sexual orientation they don’t have the same rights as those with heterosexual orientation.

Forgive me, but if this is the overall view of the Christian community, I no longer wish to be a member.

As a survivor of sexual abuse myself, I can tell you that sexual orientation is not the issue. Someone who molests children – or for that matter adults – in public restrooms and elsewhere does so because they are either mentally ill or chooses to force themselves sexually over another person to show dominance and power.

The issue here isn’t safety. This is legalism and we as a country are becoming more and more legalistic and choosing to use faith as the guise to force our fears and bigotry on others. In so doing, we are driving people away from the one thing that should bring us together – GOD!

Now I know – there are those who are grabbing their Bible right now to find those 6 passages that refer to homosexuality as a sin or an abomination. I will not argue the fact that these passages exist. I’ll even go so far as to say that some of these passages indicate homosexuality is a sin worthy of the death penalty – but here’s the thing -the same thing is said about dietary laws against eating pork and shellfish  and also about adultery.

Funny I don’t see anyone rushing out to pass laws banning any of those things.

We as a society are choosing to discriminate against others based on their sexuality because it is either different than what our own might be or it is what our own true identity is but we are afraid to come to terms with that possibility.

“Me thinks thou dost protest too much?”

Just to be clear. yes, there are 6 passages in the old testament that speak against what we now call homosexuality but during my studies of the Bible, I have learned that the most often quoted scriptures about Sodom and Gomorrah and the 2 passages in Leviticus are actually referring to gang rape of young boys. I think we can all agree that gang rape – and rape in general – is wrong. The other passages that speak against homosexuality again, align it with dietary laws which were abolished by Jesus and which the Christian community has gladly accepted.

The bottom line is this. If you are Christian, you believe in Jesus Christ. You believe He came to save you from your sins. Additionally, Jesus came to abolish all of the laws that man had worked so hard to put into place to ensure that only the “right” people would be considered God’s chosen.

What we are doing with this law is exactly what we did with the water fountains in the ’60’s, the Japanese in the ’40’s and the Native American’s when we took over this country from them and decided that our rights were more important than theirs.

Perhaps the problem is that our maltreatment of the LGBT community hasn’t become as publicly blatant as these previous examples or other forms of discrimination and maltreatment that we so vehemently fight against in other countries now.

For example,  we are infuriated when women must be covered from head to toe so as not to cause unsuspecting men to sin. We scream out in protest about young girls who are mutilated sexually so they are unable to enjoy the gift of sexual intimacy in the future again to protect the purity of the men or girls and women who are unable to go to school or work because they are lesser than men. We see the wrongs in these and many other cultures but we are blinded to our own discriminatory acts. It is time for our country to remove the blinders from our own eyes and acknowledge the legalism that is growing in our country and causing huge rifts in our nation.

So what is legalism?

Legalism is the process by which we humans try to put rules and boundaries on something that is too big for our minds and hearts to understand; it is the process that we use to make sure that only the “right” people make it to heaven with us. This is neither Godly nor Christian.

What is Godly and Christian is to love those around us the way Jesus did while He walked this earth and does now in heaven. Jesus didn’t discriminate against anyone including those reviled at His time – those suffering from leprosy, women who were blee

ding due to their menses, those caught in adultery, tax collectors, liars, thieves, and those not of Jewish lineage.

Jesus came to tear down the barriers that had been created over time here we are, building them all over again. We are driving people away from God and Jesus in the name of faith as we have done for generations and this is not the way I choose to live:

I will fight against the legalistic methods of dividing God’s people from one another.